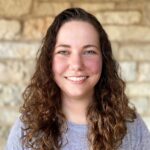 Sara Downing
Originally from Hudson, NC, Sara graduated from the United States Military Academy in 2014 with a degree in Economics and commissioned as an Intelligence Officer in the Army. As an active-duty officer, she worked primarily in response to National Security threats in the Pacific Theater, compiling intelligence and reconnaissance reports to shape the maneuver of infantry and armored units. Her varied assignments inspired her to pursue a Master’s of Public Policy focused on measurements of armed forces combat preparedness and how the Department of Defense shapes the interests of the United States on the international stage. In her spare time, Sara enjoys mountain biking, snowboarding, and creative writing. 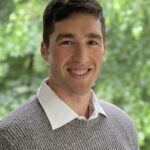 Benjamin Dratch
Ben is a first year Master of Public Policy candidate from Fort Collins, CO. After graduating from the United States Military Academy with a degree in Comparative Politics, he commissioned as an Officer in the United States Army. Ben began his career as an Infantry Officer at Fort Drum, NY and has most recently served as a Civil Affairs Officer at Fort Bragg, NC. Ben has deployed multiple times to the Middle East and plans to pursue a concentration in National Security and Foreign Policy to gain a deeper understanding of the national security challenges facing the United States. 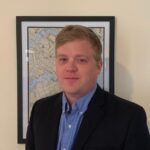 Tate is an active-duty Explosive Ordnance Disposal Officer in the US Army. Tate completed his undergraduate education in 2012 at Roger Williams University with a major in Political Science. Tate has spent the majority of his career conducting bilateral exercises and operations, support to special operations and strategic planning across Southeast Asia including Thailand, Cambodia, the Philippines and South Korea. Tate enjoys cooking, travel, and competitive sailing. 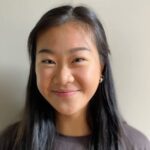 Alice Shih
Alice is a first year MPP student. Originally from New Jersey, she earned her BA in International Relations from American University in Washington, D.C. Upon graduation, she also commissioned into the Army Reserves as a MI officer from the ROTC program. She worked at the RAND Corporation as a research assistant prior to coming to Duke University – a federally funded think tank that primarily focuses on national security issues. Alice is most excited for the extensive network found in the high-performing Carlucci fellows.